Rock Flower Anemones originate from the Caribbean and are most well known for their ruffled skirts and intense multicolored bodies that come in an endless array of patterns and textures. They are known to host small marine-invertebrates such as Sexy Shrimp, Porcelain Crabs, and Anemone Shrimp which will make your rock flower anemone its new home. A breathtaking partnership between two species.

These guys tend to go with the flow but avoid large fluctuations and maintain consistent water parameters for a happy and healthy Rock Flower. They can thrive under a wide variety of lighting intensities but do best under moderate lighting.

Many reef-aquarium hobbyists shy away from keeping anemones, due to their reputation of being “high risk”, wandering short distances around your reef, stinging anything in their path. However, if placed correctly the rock flower anemone can find their “spot” fairly easily and without issue.

When placing a rock flower, cut the flow and gently place it onto your sandbed or rock structure. If needed, create a small rock island to keep your rock flowers separate from your main rock structure. If placed on the sandbed, they will have a tendency to move and/or attach themselves to the bottom glass panel of your aquarium. Allow the RFA time to settle while it reopens and begins to foot itself before turning your flow back on, which is about 15-20 minutes.

Rock flowers tolerate a range of flow conditions. Moderate flow will allow its short tentacles to easily grab food from the water column. However, you should target feeding your RFA 1-2x a week to benefit it’s health and aid in faster growth. Try to feed it meaty foods like shrimp and Mysis or small pellets such as Fauna Marin LPS Pellets. 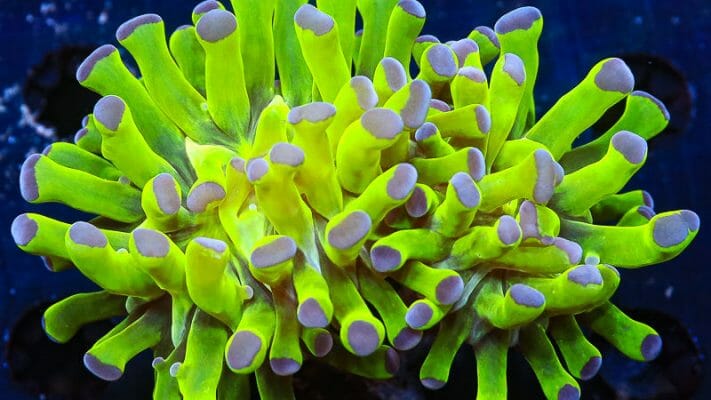 Frogspawn and Octospawn are LPS Corals that fall under the genus Euphyllia. They come in a wide variety of colors with vibrant, and translucent colored 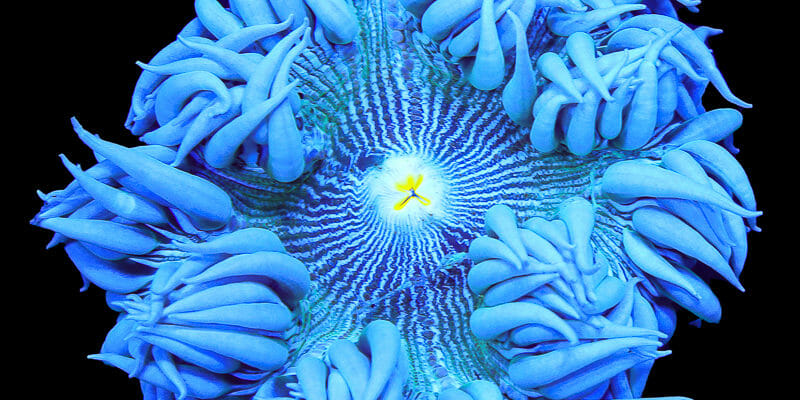 Your guide to caring for Rock Flower Anemones

What Is SPS Coral and How Do You Care For It?

Wondering “What is SPS coral and how should I care for it?” Use this helpful guide for detailed information about this coral type, answers to FAQs and more.